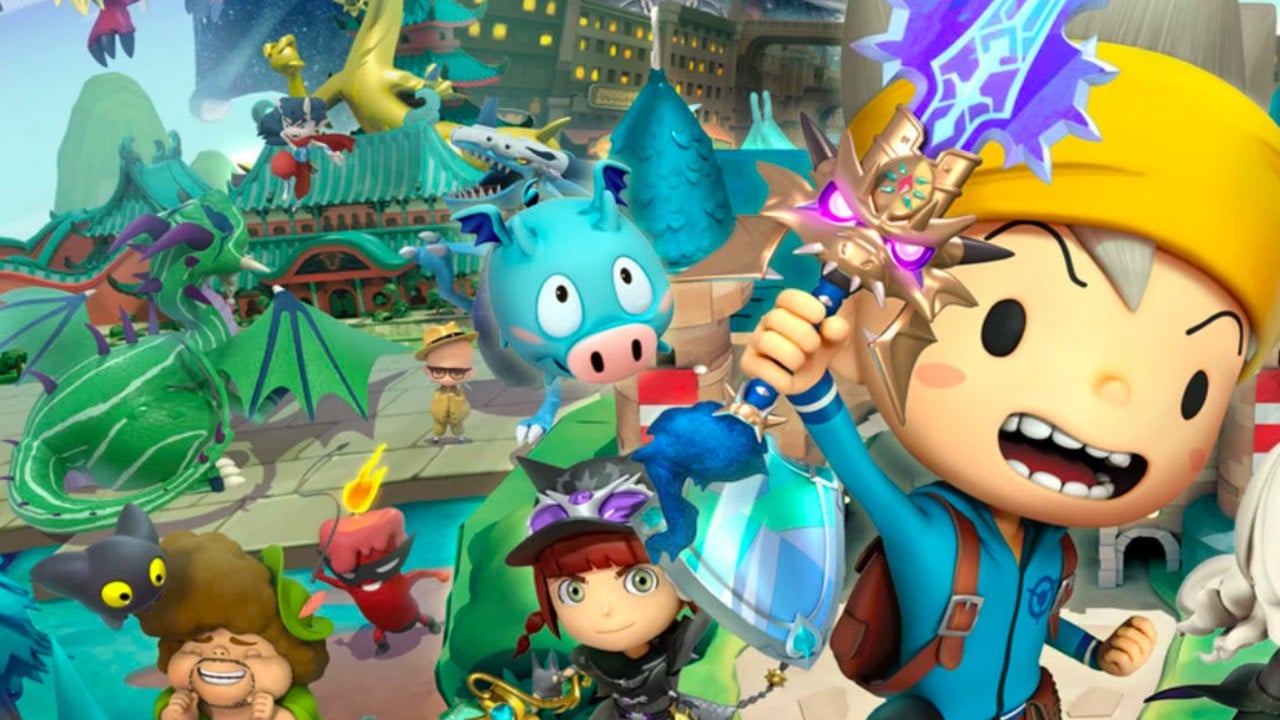 Level-5’s Snack World is finally making its western console debut in Snack World: The Dungeon Crawl – Gold, which is due to launch Nintendo Switch on 14th February 2020.

A fantasy RPG with a storyline that combines humour and technology, Snack World is part of a multimedia franchise which includes toys, TV shows and – of course – video games. The series started on the 3DS with The Snack World: Trejarers in 2017, but it never made it out of Japan. Snack World: The Dungeon Crawl – Gold is an expanded version of the 3DS game, released in Japan under the title The Snack World Trejarers Gold.

What happens when high fantasy, high comedy and a high-tech setting collide? A veritable feast of thrilling action, saucy snark and outrageous food puns! SNACK WORLD: THE DUNGEON CRAWL — GOLD, the one-of-a-kind dungeon crawling RPG from LEVEL-5, arrives on Nintendo Switch on 14th February, 2020. Check out the Announcement trailer on our YouTube channel.

Danger threatens Snack World when the evil mogul Sultan Vinegar attempts to resurrect the Deodragon, Smörg Åsbord. In this quirky adventure, customise your character and join the heroic treasure hunters Chup, Mayonna and the gang as they make their way through a slapstick comedy-filled quest to restore order to the land of Tutti-Frutti.

Before setting out, prepare for the next adventure by shopping at curiously state-of-the-art convenience stores for supplies, optimising your gear and more. During your crawl through each procedurally-generated dungeon, search for rare treasure and loot while dodging treacherous traps and defeating brutal bosses. Use ‘snacks’ to summon special allies that assist in battles; switch up your equipment, called ‘jaras’, on the fly; and capitalize on consumables to gain an edge in combat. Team up with friends to take down big bosses with even bigger attitudes in online* and local co-op for up to four players.

Guilty Gear Strive Is Coming To Arcades–In Japan, At Least
TikTok Studio Is Getting Into Gaming In A Bigger Way, Report Says
New Destiny 2 Shirt Available Now To Preorder, And All Sales Go Towards Australian Bushfire Relief
Trails Of Cold Steel III Is Coming To PC With Enhancements In March
Red Dead Redemption 2–PS4-Exclusive Content Finally Arrives On Xbox One, PC, And Stadia