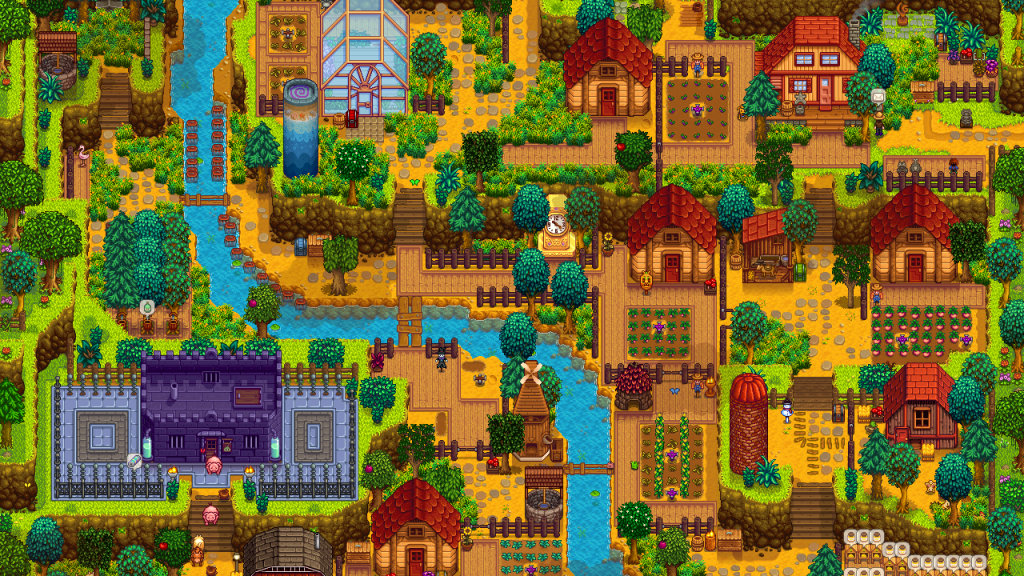 Stardew Valley is about to reap a bountiful harvest. It’s been a long dry spell for farmers across the valley, but creator Eric “ConcernedApe” Barone’s massive update 1.4 is just about ready for market. From fishponds to finance everything in between, nary a grain of corn will be overlooked when Stardew’s big free update lands on November 26th.

It’s about time, too. In the time we’ve been teasing out details of Stardew’s next update, you could’ve gone and started a farm for real, brought a crop to harvest, and gone utterly bankrupt. I hear agriculture isn’t in a great state right now.

But even with less than a fortnight to go, Barone’s blog post last night included details on yet more additions in the “everything” update. The post elaborates on previously-mentioned plans to spark some magic back into marriage, revealing that each spouse will get a new unique 14-heart event after wedlock.

Barone’s goal is to tidy up areas like this, bits of the game he felt to be somewhat lacking. He promises plenty more “end-game stuff”, but won’t tell us for fear of spoiling the experience. We do already know that fishponds and shared multiplayer bank accounts are on their way, alongside a big new four-player map.

Another nifty new addition revealed this week: There’ll soon be a hotkey for photographing your entire farm, giving you a complete picture of your agricultural empire.

He’s been calling it the “everything” update for good reason. Besides all the fancy new farming equipment, 1.4 is arriving with a complete quality-of-life overhaul. Barone – and his contributors on this month’s update – want to bring “a whole new level of polish” to Stardew Valley.

“I’ve been unofficially calling 1.4 the ‘everything’ update because it touches pretty much every aspect of the game in some way or another. One of my major goals was to add in a lot of ‘quality of life’ features that make the game more convenient and effortless to play.

“There are some really simple things that were missing from the game that really improve the experience, like being able to press Tab on PC to switch from one row of your inventory to the next, or to be able to hover over an item and get an indication as to whether it’s required for any of the community center bundles or not.”

Will it pay off? Check back in on November 26th to find out.